Why do we tell stories? 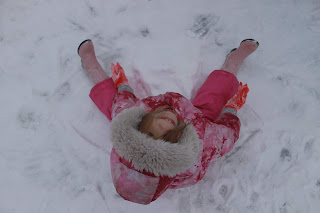 I use the word “Lieutenant” as the device password in my house. I figure that once you are old enough to spell it, you are old enough to be trusted to not turn on a device without permission. Until my children can understand the reasoning behind this, they just need to cooperate, even unwillingly. This is like other things in life, like the way that we can unpack the stories of our childhood better as adults while as children, we simply must accept them.

When I was growing up, I was surrounded by the stories that my grandparents told me. My father’s Mexican family told me stories about La Llorona, the weeping woman. She had killed her sons and tossed their broken bodies into the water. God punished her by not giving her rest until she finds all the pieces. My mother’s Cherokee family had different stories. They were not afraid of the water, they were afraid of fire. I never played with fire as a child because I knew that fire sleeps and is angry when he is woken. That is why a proper fire sometimes feels hard to start; he can be difficult to wake. When he does, he is so angry that he becomes violently destructive. Wake the fire but trap the fire and never let him get out. Don’t turn your back on him, fire burns.

My teens were filled with more stories because literacy mattered to my mother. We had a house filled with books, good ones. She bought all the classics and then some. Even if they were books that she had never read, if they were part of the great canon of literature, she filled the shelves with them. She signed us up for Great Books classes through school and bought piles of notebooks and pens and encouraged us to write so that we could make stories of our own.

I married young and my husband and I decided to be modern parents. We decided to do more of the latter and less of the former. I never felt that my childhood was frightening because of the stories but we were young and brilliant intellectuals and would do things the proper way, the correct way. Stories should be read and told and enjoyed but never used to control behavior. There would be no stories of La Llorona wandering in the dark, ready to attack children who are out alone when they should be home. We were different. We still had stories but we were less honest about what they were and how they were different. We still told the parables of Jesus but somehow failed to see how it was that He was teaching us.

I find myself rethinking some of this in light of the popular NPR story about the Inuits and their gentle method of parenting that is story based. I did not grow up Inuit and my family of origin did its fair share of yelling, as do I, but the storytelling intrigued me. If you have not read or listened to the story, you can find it HERE.

The older ladies who teach the Inuit parenting classes acknowledge that they were frightened by the stories as children but tell them anyway. A young child sometimes needs to trust the wisdom of those who care for him and admonishments to stay away from the ocean are less effective than scary stories. They have some pretty substantial evidence to support this belief. When we tell stories to our children, we are in good company. Greek Mythology and Biblical Parables are keen examples of abiding stories that shape us today.

Sometimes there is a concern that lying to children creates a sense of mistrust but I don’t think so. Children are more sophisticated than that. I also think that there is much to be said for organic and broad culturally derived stories. It is more like lying to invent cleaning monsters (as in the NPR story) than it is to tell the stories of your culture and your people but this gets tricky. A lot of Americans don’t have that history and that is a challenge. So what do you do? You can look to the stories that you do have. Recently I talked about stories with some of my teenaged children.

“What lessons does the story teach?” I asked my son when he asked if he could be allowed to watch a certain movie. He seemed confused because he did not think that this was a teaching sort of story but one that was purely for entertainment. I prompted him to think further.

“Every time we read a book or sing a song or watch a movie, the stories that they tell go on to live in our heads. They help us to understand the situations that we come across in our lives and even make decisions about how to react to those situations. We have to be careful about what stories we put in our heads because they create the framework on which we hang our thoughts. Is this a good story to put in your head? How will it help or hurt you?”

He was quiet for a minute before he told me that he did not think I would let him watch it. He was right, it was not going to be allowed. But rather than just forbidding the movie, I Iet him follow the logic of our analysis as parents. He saw where it would end, this would give him the wrong sort of framework. Starting this conversation gave us the chance to break down some of the movies that I have let them watch, ones which were popular but had good motives despite their entertainment value.

Stories do not need to be beautiful to be good. They can be full of the ugliest moments of the human experience but if they resolve properly, then they can be made beautiful. It is the triumph of the people in the darkest of stories that can help us to become stronger and better people. This is why we should not shy away from those stories.

Recently I watched the movie Signs with my teens, down the one barely thirteen. Why? Because God is real and life has meaning. It is okay to suffer and stumble but it is the getting up that counts. When they have those moments of doubt in their lives, and they will, they can recall a similar situation in a story they know. Perhaps this one? Maybe it will help them to see what they need to see when the things that matter are invisible.

Some of the saints’ stories fall into this category. The life of Saint Mary of Egypt is fraught with sin and misery and crippling mistakes. We go every year and listen to the whole story and there are moments when I cringe but the truth is that my kids will hear it and know that there is hope, there is a place to rebuild once we have faced our inner darkness. I want them to hear this story over and over and over again because when they face their own mistakes, I want them to run towards God like Mary and not towards death like Judas.

Email ThisBlogThis!Share to TwitterShare to FacebookShare to Pinterest
Labels: Motherhood, Slice of Life