Were there no graves in Egypt... 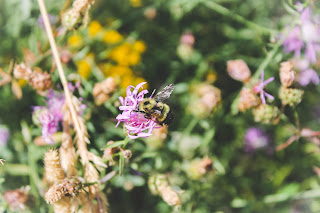 I have known several people over the last few years who have suffered greatly for different reasons and to be truthful, my family has carried a cross I would much preferred to have traded for another. In the end, my own personal trial has highlighted just how blessed I am, not that I always see it. We had a conflict that I won't go into here but it has been achingly painful. Because I have seen some darkness, the light seems far more light than I would have thought before. The brightest light in my life is in my husband. I have done many stupid things in my life and made many bad decisions but thank God that he is the best decision I could have possibly made. He is better than I deserve.

Today my post is a (hopefully) coherent edit of something that I wrote to a far flung acquaintance who is feeling crushed by some heartbreaking losses. I hoped to apply what I have learned to her situation and see if it helped her. Then I thought that I would scoop it all together, clean it up, and put it here and see if helps anyone else. That is my prayer, anyway.

In terms of my own trials, I found myself thinking a great deal about the exodus of the Hebrews into Egypt. Moving clear across the country and away from my family and friends has a lot to do with that. I think this early history of the people of God is important to think about for those of us feeling crushed by our journeys. One of the most important things to remember is that God called the Hebrews out in to the desert and freed them from the Egyptians not because they were enslaved but so that they could worship more freely. Moses only asked for permission to go temporarily into the desert so that they might offer sacrifice. In the end, it was never about slavery per se. The yoke that bound them was not slavery but that which separated them from love and service to God, which is only superficially connected. When Pharaoh did not permit them to go away for a short while, God took them away forever. He cut the ties that bound them to their old lives and He lead them out in the desert. Once there, God fed and protected them but they did not see it because they focused only on what they thought they had left behind and not on what they were supposed to be doing and what they would be doing.


When you despair, remember that in
Egypt there were  graves but only
graves. In the desert is life...

Remember how the Hebrews pleaded with Moses, "Were there no graves in Egypt?" They believed that they were being lead to death and not just death, but a death with insult. They were exposed and frightened and they deeply wished to go back and fall into an easy and familiar death. This resonates with  me because I often wish that I could just go back and not have to deal with my current situation, whatever it might be. I, like the Hebrews, often cannot see what is actually happening. The Hebrews were being lead into life and but because they could not see the when or where the journey would end, they feared that were simply lost. I know that I have often felt this same crushing despair of thinking that there were graves a plenty back in the place I came from and wishing to not have to endure the journey.

That is not to say that the journey is the point or that the slavery of the Hebrews was not a problem. What it is to say is that whatever separates us from service to God needs to be stripped away and for each of us this is a different thing. What actually needs to be stripped away might not what is most immediately obvious. The things that stood between the Hebrews were not primarily the Egyptians and their slavery, but their own divided hearts, and that is what God was stripping away. This understanding can be lost when we look at the things we have had to give up. It might never have been that the things that we had or wanted or hoped for were problematic in and of themselves but they came with things that were and so all needed to be taken away.

Our lives are always a process of stripping away the layers of self to expose a properly ordered will that can serve God more faithfully once all the weight is shed. Lots of things will leave us over the course of our lives and not all of it was ever particularly bad or problematic but is also carried away. Learning to be at peace with the losses is a painful process.

No matter how dark it appears, God has not lead you into the desert and death but into life and it is coming. In the desert there is life, you just don't know where it is yet but once you find it, it will be as obvious to you as it is to us as a people of God reflecting on the restlessness of the Hebrews. We pity their shortsightedness and cannot understand how they did not see the greater work of the Hand of God in their lives. We know where their journey lead and that what they left behind was empty weight. They were lighter for the journey despite their suffering and perception that they were fading. 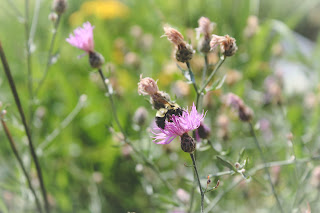 In the end, you will have to take comfort in knowing that though you may not know where you will be lead or how long it will take, but it will be to life. Take the small comfort of manna when and where you find it and try to accept that it is a pale foreshadowing of what is to come. When you despair, remember that in Egypt there were  graves but only graves. In the desert is life and He will lead you into it, into the heart of the land flowing with milk and honey.
Posted by Melissa Naasko at 6:42 AM